Featured Professors
List of Professors Who Studied this Major 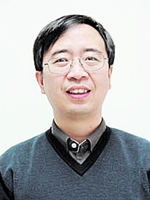 University of Science and Technology of China

Aharon Kapitulnik is the Theodore and Sydney Rosenberg Professor in Applied Physics at the Departments of Applied Physics and Physics Stanford University. Kapitulnik’s research activities focus on studies of phenomena associated with the behavior of correlated and disordered electron systems, particularly in reduced dimensions, and the development of precision detection instrumentation.

Professor Litster, a native of Toronto and a graduate of McMaster University, joined the MIT faculty in 1966 as an Assistant Professor of Physics, shortly after he received the Ph.D. from MIT. His research interests include Physics of condensed matter; optical and light scattering studies of phase transitions; liquid crystals; X-ray scattering using synchrotron radiation.

In this course, we shall introduce the elementary mechanics to the first year physics-major undergraduate students. The following materials are covered: The motion of a single particle in terms of the Cartesian coordinates and the polar coordinates. Galileo’s relativity principle; Dynamics, including Newton’s laws, equation of motion, inertial frames and the center of mass for many-particle systems; The momentum conservation theorem and collisions between two particles; The concept of potential energy and the energy conservation theorem; The angular momentum conservation theorem and the motion of a particle in a central field; The motion of a rigid body, including its rotation about a fixed axis, its planar motion as well as the definitions of the inertia tensor and the principal axes of inertia; The basic knowledge of liquid such as the concept of the fluid velocity field, the equation of continuity, ideal liquid and Bernoulli’s equation; Oscillations and waves, including the harmonic oscillation, the damped oscillation, the forced oscillation under friction, the elastic waves such as the transverse plane wave in solids and the longitudinal sound waves in gas, the Doppler effect, the reflection of wave, the standing wave and the wave equation; The special theory of relativity, including the Michelson-Morley experiment, the Lorentz transformation, the dilation of time, the transverse Doppler effect, the concept of the space-time vector, the space-time vector form of momentum and energy for a single particle and the Einstein energy-momentum relation.
In the meantime, we shall also help students on making a smooth transition from their high-school experience to the college style of reading and thinking as quickly as possible. That is extremely important for their future success in research.

This course is target for the students with quantitative background, such physics, chemistry, and geology, to systematically learn how study the thermal physics properties of a system (gas, liquid, or solid) with large number of microscopic particles. Through analyze some basic physics phenomena, it introduce the thermal physics properties of the system, and the basic methods to analyze the system, such as statistic physics. The course also introduce basic principles of thermal physics. The main contains of the course include: the concept of equilibrium state and state equation; temperature and 0th thermodynamic principle; energy conservation and 1st principle of thermodynamics; the concept of entropy and 2ed principle of thermodynamics; transportation property of gas and its microscopic explanation; the microscopic model of idea gas; Maxwell velocity distribution and speed distribution, Boltzmann distribution, freedom dimension and energy distribution in freedom dimension, the microscopic explanation of 2ed principle of thermodynamics; first and second order of phase transition; molecular force and non-idea gas, etc..

Atomic physics is the subject that studies the microscopic structures and relevant interactions of matter. Based on the preliminary knowledge of quantum mechanics, the course is aimed at introducing the structures and spectra of atoms and molecules, as well as the structures and properties of nuclei, and the concept of fundamental particle physics.

The purpose of this course is to guide students into the fascinating microscopic scales world of quantum physics. We will learn the basic physical principles and basic mathematical tools of non-relativistic quantum mechanics, and this simple basic theory is applied to a variety of interesting physical phenomena. The course content includes: kets and bras from Dirac, Schrodinger equation of motion, the Heisenberg equation of motion, mechanical observables and representation transformation, collapse of measurement and uncertainty principle. Here, we also will learn to solve one-dimensional potential well, harmonic oscillator, hydrogen atom and two-level system, time-independent perturbation theory, variational method, time-dependent perturbation theory.

"This course is set for the students with physics major of the School of Physics, but also can be reference for students with other physics class of majors. On the basis of Calculus (calculus of one variable and several variables, power series and Fourier series, ordinary differential equations, vector analysis, linear algebra), this course focuses on the basic properties of analytic functions and its applications, including the Γ function, integral transform and δ function, and on preparing for the relevant physics theory courses.
" 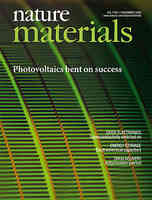 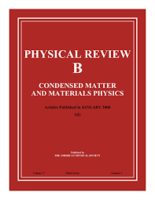